Where better to earn your M.B.A. or Master of Science in Cybersecurity, Energy Management, or Instructional Technology than vibrant Vancouver? Now with two locations in the city, one in the heart of downtown within close proximity to all public amenities reflects Vancouver’s reputation as a leader of innovation, technology, and sustainability and at Broadway Tech Center near where corporate head offices of several sectors reside.

As one of the most popular travel destinations in the world, Vancouver boasts moderate weather and is consistently ranked among the top three cities in the world to live.

Founded in 1955 as a private not-for-profit university in the State of New York, U.S.A., NYIT has campuses in Manhattan, Long Island, and here in Vancouver, Canada. Following its long-term strategic plan for a global university, NYIT is designed to allow students to move among campuses with complete internal transferability of credits and thus to graduate with the same NYIT degree from any campus. When you earn a master’s degree from NYIT-Vancouver, you will also become part of NYIT’s global university. You can choose to start your program in Vancouver and complete it in New York.

The campus features computer labs, student lounges. Our on-campus community includes special-interest clubs, a student advisory board, an honor society, and organizes various social and recreational activities throughout the year. Right outside and all around is a spectacular coastal city, rich in diversity, alive with the arts and culture, and stunning in its natural beauty.

By joining us at NYIT-Vancouver, you will be part of a campus with a presence in both Atlantic and Pacific gateway cities: New York, one of the planet’s greatest cities, combined with Vancouver, one of the world’s most beautiful, livable cities. We look forward to welcoming you to NYIT in Vancouver, Canada.

New York Institute of Technology is accredited by The Middle States Commission on Higher Education in the United States.

The School of Management is accredited by AACSB International (Association to Advance Collegiate Schools of Business). This global accreditation includes all of NYIT’s business programs around the world, including Vancouver. Only 5% of the Business Schools in the world carry this accreditation.

More Information
How to apply?

Please confirm you want to block this member.

You will no longer be able to:

Please note: This action will also remove this member from your connections and send a report to the site admin. Please allow a few minutes for this process to complete.

You have already reported this
Clear Clear All 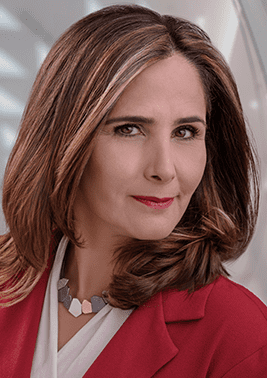 Rosa has been in Canada since 1999, and previous to her current business as an Insurance and Mutual Fund agent, had a successful career in Corporate Finance in the Tech Industry.

Rosa’s mission is to teach new Canadians the ABCs of personal finances and help them implement a financial plan to achieve their goals. Rosa truly believes all new Canadians from Latin America and elsewhere have the skills, knowledge, and dedication to succeed professionally in Canada. Rosa’s job is to guide them to make the most of their finances, following the premise: “It does not matter how much you make, but how much you keep”

LCBN was a great platform to launch my business. When I first decided to turn my part-time business into my new mission and long-term career path, I started attending LCBN’s monthly breakfasts. These networking events were paramount in helping me meet other professional members in the Latin community and create a brand for myself. 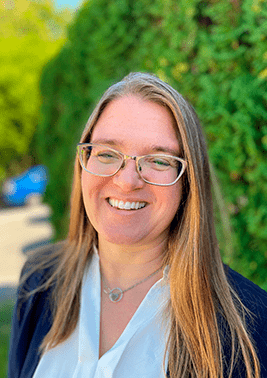 Helping entrepreneurs connect with valuable resources in the entrepreneurship community is one of my passions. In addition, I strongly believe in the power of mentorship to support new ventures to be able to build confidence to go to their next level. For existing businesses struggling to scale, mentorship provides another invaluable perspective and a way to broaden the entrepreneur’s skillset.

For more information about Futurpreneur Canada or to learn more about entrepreneurship, please contact Andrea at awelling@futurpreneur.ca.

As a guest speaker with LBCN, I felt supported to create a presentation around pivoting your business that would directly speak to the entrepreneurial mindset which I feel is a key aspect of being a successful business owner. LBCN was very professional in creating a colorful advertisement for the event and I was so pleased to share this through my network. The event itself was well attended and participants felt comfortable to share and ask questions which made the experience interactive and engaging. LBCN staff were organized, efficient and friendly and I felt look after every step of the way. 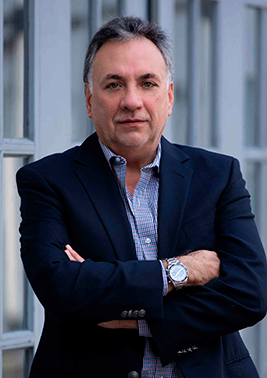 I was born and raised in Mexico, where I studied law in Guadalajara, Jalisco. This permitted me to become aware of the fact that business relationships are what makes up most of organized society. My passion is to create businesses catered to the current demand of society. However, my biggest passion is to create healthy and diverse businesses by always maintaining the customer as my number one priority.

Being an active member of LCBN has permitted me to have access to a large data base of other entrepreneurs and a vast amount of companies which each specialize in different mercantile niches. This has enabled our company (Western Canada Education Services) to become well-known amongst the Latin community in Canada. This, in effect, has given us the opportunity to position ourselves effectively in Latin America.